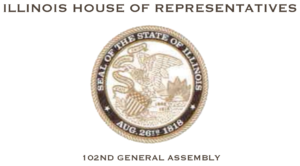 The Illinois Jewish Legislative Caucus condemns the despicable acts of antisemitic vandalism carried out against the Persian Hebrew Congregation in Skokie last weekend.

According to ABC7 News, surveillance video shows a man smashing out a window of the synagogue with a large pole, and investigators believe this attack was directly tied to the ongoing, heartbreaking violence in Israel and the Palestinian territories.

This was not a statement against a government or its actions, it was an attack on Jews. The Persian Hebrew Congregation was attacked because it is a visible symbol of Jewish life. Skokie was targeted because it has a large and historic Jewish community. While this attack occurred at house of worship, people must understand that modern antisemitism often acts like a form of racism. Jews face hatred for who and what we are as a people, and the endless conspiracy theories blaming us for the ills of society, not simply because we share a different religious faith.

Peaceful demonstrations and the exercise of free speech are the cornerstones of our democracy. But vandalizing a synagogue isn’t free speech— it is simply a hate crime. Objecting to the policies of a government is always legitimate. Attacking American Jews for the actions of a government, let alone one thousands of miles away, is always antisemitic.

We must not tolerate acts of antisemitism on any front, particularly one as blatant as this. We know—from too many tragic instances to count—that antisemitic violence escalates and festers if not checked. We must be vigilant and work actively to ensure that does not happen in our community.